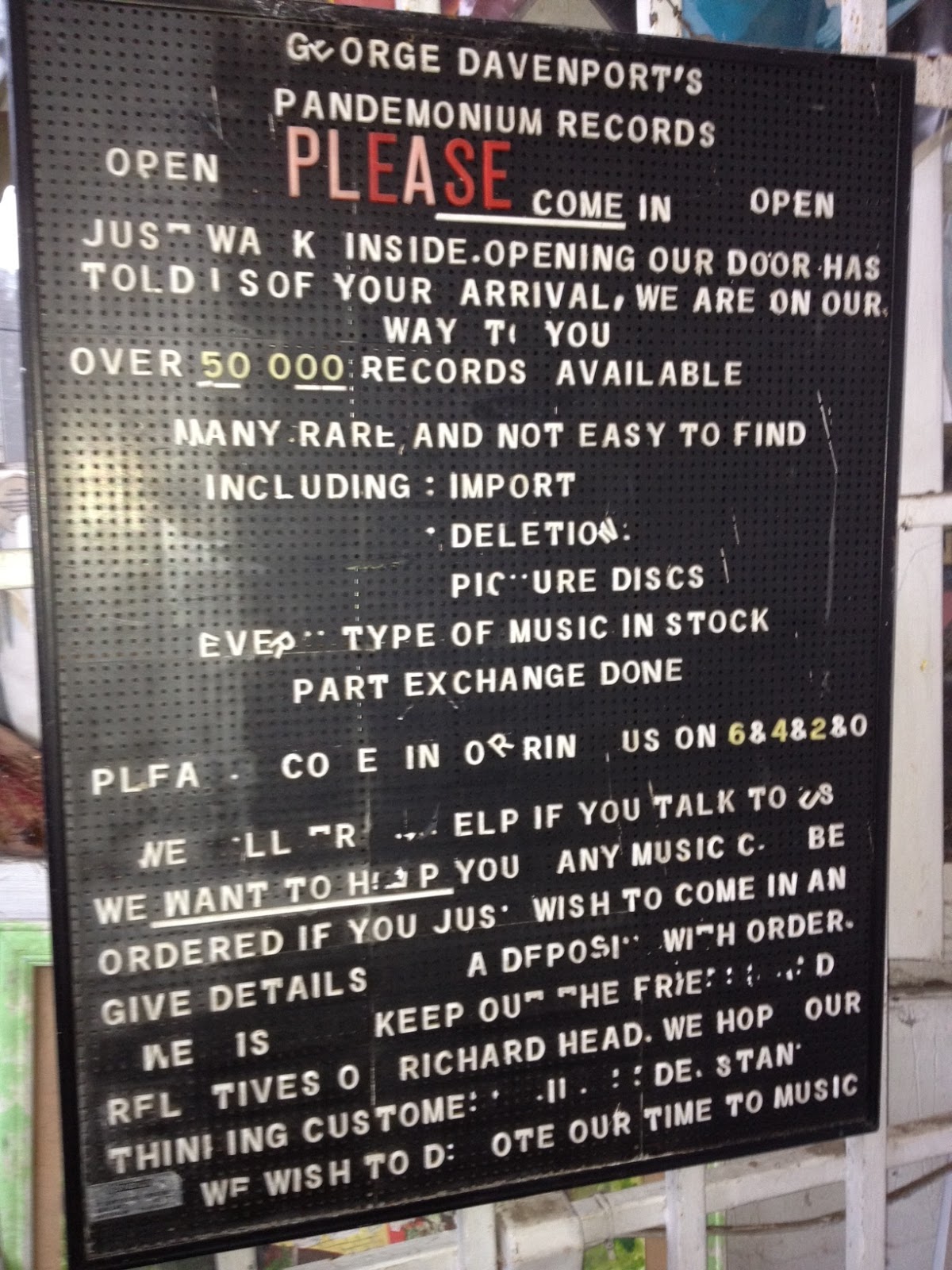 Here’s an interesting blog post from Akoustik Anarkhy (splendid Manchester Record Label and Gig Promoters..check out their wares here if you haven’t already)

It seems they’ve found their way to a place of  Manchester legend, and succeeded where many have tried and failed…they got inside the semi-legendary-not-really-a-record-shop Pandemonium Records, and they have pictures to prove it.

For those who don’t know, Pandemonium was a record shop formerly on Oxford Road (a few doors down from Johnny Roadhouse) which, following concerns that the sheer weight of Vinyl was going to come crashing through to the floor below, relocated to a warehouse on an anonymous industrial area of Newton Heath.

It was, for a time, still operating as a shop of sorts. However, over the years it has gradually just become a place where the owner, Mr Davenport, stores the vast collection of records that he has accumulated both as a collector and a dealer. From what we can gather, he isn’t particularly keen to sell anything these days although you can apparently make an appointment to go and have a look around.

Sadly, what the aA guys found seems pretty tragic. The warehouse is ankle deep in water, damp and some of the stock of records is already damaged beyond salvage. It would appear that Pandemonium is still facing eviction from the place, but there is literally nowhere for these records to go. Read the article to find out more….

Your comments (** If you want to send a message to the shop please visit them in person or contact them by phone/email or social media links - we cannot pass messages on Sorry!) Cancel reply

This site uses Akismet to reduce spam. Learn how your comment data is processed.

Your guide to music shopping in Manchester, Liverpool and the North West. We’ll be adding loads more shops to the site soon. If we’ve missed your favourite shop, drop us a line and tell us all about it

COVID19 Update: Some shops may be closed or have revised opening hours – please check their social media or ring ahead before you venture forth